Your BMW’s VANOS system is a complicated mechanism that may fail for a variety of reasons. Because this system is central to your model’s ability to function, all BMW owners should know how to identify and prevent VANOS system failure. Below is everything you need to know about the VANOS system’s purpose, common causes of system failure, and steps you should take if your vehicle’s system malfunctions.

In order to understand the factors that might cause a VANOS system to malfunction, one must first know what the VANOS system is and what it does. VANOS is an acronym for “Variable Nockenwellen Steuerung,” which translates to “Variable Camshaft Timing.”

As the name suggests, this system allows for a process known as variable camshaft timing. In other words, as your BMW’s speed changes, the system moves between the engine’s cam gear and cam, thus changing the rate at which fuel and air enter the engine. This forces the intake cam to send in optimal amounts of fuel and air depending on your vehicle’s RPM, which helps your vehicle to operate more efficiently.

Typically, VANOS system failure results from two problems: o-ring failure and solenoid clogging. The VANOS system utilizes pistons to manipulate the engine’s cams, and these pistons are sealed by rubber o-rings. Over time, these o-rings will be exposed to high temperatures, heavy pressures, and corrosive chemicals, which will eventually cause them to deteriorate. This will prevent the VANOS system’s pistons from working, which may lead to complete engine failure. Thus, o-ring failure can be catastrophic if it is not caught and dealt with in time.

Determining if Your Vehicle’s VANOS System Has Failed

In addition to a check engine light illumination, another common symptom of VANOS system failure is poor fuel economy. If the VANOS system fails, your BMW will be unable to properly regulate its fuel usage. As such, it may start to burn through more fuel than normal. Simultaneously, your vehicle may also sputter and accelerate sluggishly, as its engine will struggle to push out the increased amounts of fuel through the exhaust cam. Therefore, if you notice either of these symptoms, either alone or together, then there is a strong chance that your BMW’s VANOS system has begun to malfunction.

The VANOS system is a complex piece of machinery that is 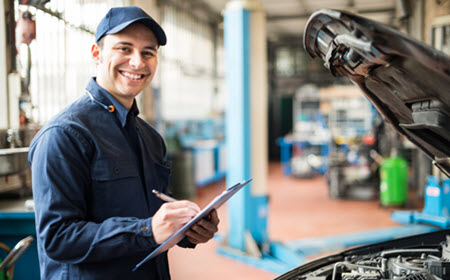 unique to BMWs. As such, if your vehicle’s VANOS system breaks, you’ll want an experienced BMW specialist to fix it. Our ASE-certified technicians here at Bavarium Autoworks are experts who specialize in repairing and maintaining European vehicles such as BMWs.

We are proud to provide high-quality service to vehicle owners in Cupertino, Palo Alto, San Jose, Santa Clara, Saratoga, and Mountain View, CA, as well as the surrounding areas. Not only do our mechanics offer comprehensive services and reasonable prices, but our shop also provides a variety of amenities including a loaner vehicle, contactless service, and at-home vehicle pick-up. So give us a call today or stop by our shop to find out what we can do for you.